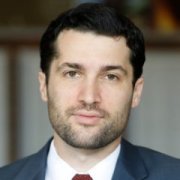 said Alan Rozenshtein, a lawyer who left the Justice Department’s national security division in April and now teaches at the University of Minnesota law school. But

to attack career employees at the F.B.I. who are barred by regulations from publicly responding, he said, “that’s really bad.”

Some agents are leaving as a result. Josh Campbell, who spent a decade at the F.B.I. and worked directly for Mr. Comey at one time, wrote in The Times on Saturday that he was resigning so that he could speak out. “These political attacks on the bureau must stop,” he wrote. “If those critics of the agency persuade the public that the F.B.I. cannot be trusted, they will also have succeeded in making our nation less…