“Nothing worse could happen to one than to be completely understood.”

Is ambition a good thing?

Most people agree that we need ambition to achieve success in life. A life which has no purpose is like a rudderless ship, changing directions at every obstacle and every storm. Unless we have set a clear goal, we cannot reach it.

The first step is to believe in oneself. And then you build your life around that belief. Have implicit trust in yourself and your abilities and then set on your journey.

Add another ingredient to ambition, that of firm belief and hard work and you have the perfect recipe for success. Be persistent, be unwavering in you commitment and there is no way you won’t reach your destination. 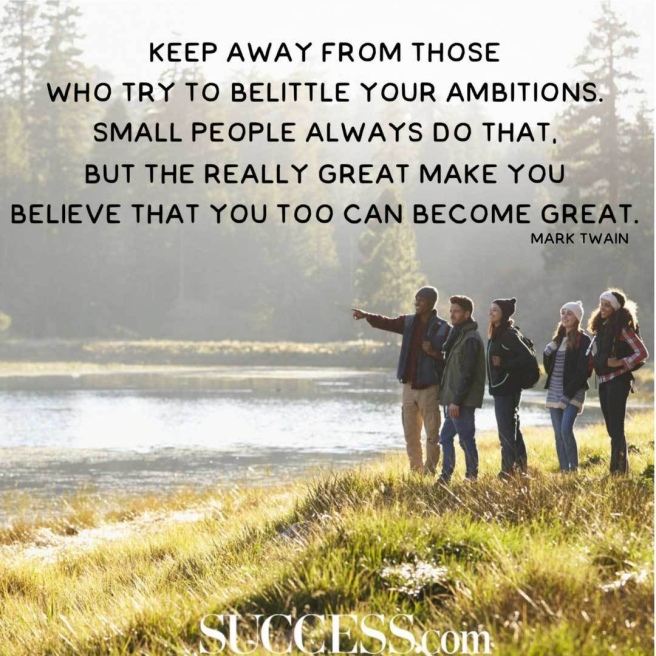 We do need support in this journey but do stay away from small minded and negative people. They want to pull down others to their level. Positive people with generous attitude are the…

“My love, you are my anchor.
I was always meant to be yours.”

These thoughts, how the arrest me in the night. How they hold me hostage and haunt me, like memories, playing out on the moonlit walls in front of me. It was the way you held my hand, as if you were afraid to let me go. Like I was a balloon and could blow away in the wind if you didn’t keep me anchored to the ground. But, my love, I never would have left your side. Since the first day we connected, you became my anchor. You are still my anchor. And though I may not have realized it in the beginning, I was always meant to be yours. Bound beyond time and space.

That’s what makes us
unshakable.

It was fifty-six years ago today, that Dr. Martin Luther King Jr. delivered his iconic “I have a dream” speech at the Southern Christian Leadership Conference in Washington, D.C.

The full speech can be downloaded here to listen to.

The speech is one of the greatest of all time on social justice and freedom. It was more than 156 years since the Emancipation Proclamation in the United States by President Abraham Lincoln declared “that all persons held as slaves” within the rebellious states “are, and henceforward shall be free.”

However, as Dr. King pointed out in his famous speech, the freedoms guaranteed by that proclamation have not been realized. I would say that today, in the 21st century, many of those freedoms are still undelivered. Racism persists, sadly with President Trump being a main catalyst. Instead of opposing the evil of racism, he degrades other countries, made up of non-white…

“Sometimes all I want
is for you to hold me.
Let me feel your strength.
Let me smell you,
feel your arms around me
and know you’re real.”

Most of the time I want to tell you that.

But most of the time, I’m frozen in silence. And it’s only in those moments when I think you won’t really look at me, and see how much I’m feeling — how much I’m hurting — that I’ll say something.

Perhaps I’ll mention that I wouldn’t survive without you, because that’s true. Our maybe I’ll apologize for the hundredth time that day for being messed up and that I wished it could be better for you.

Because you don’t deserve it.

You shouldn’t have to be my savior.

Today’s Word of the Day is Lost.

If you want to participate, create a pingback to link your post. Not sure how to do that? See how to create pingbacks here. Please note that for the prompts that I publish, the comment box will now remain open for people who experience trouble with pingbacks. However, I won’t guarantee a quick response to actual comments, that would be left here. If you have questions, or ideas you’d like to submit, please use our “contact” page.